BBC1 BREAKFAST
http://www.bbc.co.uk/bbcone
BBC1 6.00am 9.15am
A warm welcome to all:
Sally Nugent and Bill Turnbull
Our Carol brings us the likely weather.
Widespread frost and cold early.
Carol braving the elements
up on the roof at BBC.
Heavy rain in Scotland. Warming up from Wednesday.
JMC: British basic structure political, legal and horseracing government, unbalanced, untrustworthy out of tune, out of time, not fit for purpose. A dead loss.
PANORAMA BBC1 TONIGHT 8.30pm - 9.00pm A SUICIDE IN THE FAMILY:

SIMON JACK TAKES A CLOSER LOOK
Simon exploring the issues in an attempt to try to find out the reason why?

"Simon Jack is 44 - the age his father was when he committed suicide. Here Simon investigates the circumstances around his dad's death and why it is that more middle - age men kill themselves than any other group. He also meets with men who have overcome suicide thoughts, including professional sportsmen now trying to help others do likewise. "

JMC: When you take a closer look at what every baby born needs to learn about in their life, what its like growing up? What its like going to school? What its like choosing a career? What its like at home? Starting out on learning about your chosen career structure. Finding out what sort of person you are? Realising your life belongs to you, and to no one else, unless you choose to share your life with someone else. Finding out the best direction you need to take in your life and career in the first fifty years of your life. All this is massive. But does anyone bother to realise any of this? The very real emotional side of your life every day, ongoing over the first 50 years of any and everyone's life and times. It can be that you are bundled up,  and bundled out,  to get on, even to put-up and shut -up by other people.


From James Rebanks, the Herdwick Shepherd, comes The Shepherd's Life, a story of the Lake District and its people which could redefine the literature of rural life
Some people's lives are entirely their own creations. James Rebanks' isn't. The first son of a shepherd, who was the first son of a shepherd himself, he and his family have lived and worked in and around the Lake District for generations. Their way of life is ordered by the seasons and the work they demand, and has been for hundreds of years. A Viking would understand the work they do: sending the sheep to the fells in the summer and making the hay; the autumn fairs where the flocks are replenished; the gruelling toil of winter when the sheep must be kept alive, and the light-headedness that comes with spring, as the lambs are born and the sheep get ready to return to the fells.
Read more at http://www.penguin.co.uk/books/the-shepherds-life/9780141979373/#hrFqLII3W1QU2x1T.99


JMC: Sheep dogs are amazing, so faithful, so helpful, so intelligent. Another example of how animals help mankind so brilliantly. A flock of sheep take much caring for every day. During lambing time even more so.
OUR THREE RIP – OFF BRITAIN  GIRLS ARE BACK
Angela Rippon, Gloria Hunniford and Julia Somerville
9.15 – 10.00am Rip-Off  Britain Food New Series 1/10
Examining concentrated orange juice products this morning
http://www.bbc.co.uk/programmes/b00wck32

JMC: WONDERING WHAT OUR THREE RIP – OFF BRITAIN  GIRLS
Angela Rippon, Gloria Hunniford and Julia Somerville
Would make of political, legal, and  horseracing  Rip-Off Britain governments?
It would be good to know in what environment and in what context this could be tackled.

Thursday May 7
Matthew Engel brings us the first of his weekly election preview feature's.
As published in the Racing Post on Monday March 30 page 61
"Miliband's moment may come when Cameron gets desperate. "


Government election news and interviews.
Campaign Latest.
Changing the way the country is governed.
MANIFESTO'S
JMC: Where is this Conservatives Party Magic Money Tree? They refuse to say.
A little Conservative form comes to life, better late than never.
But what sort of form? AND For what sort of people?

The Labour Party Manifesto
Out today 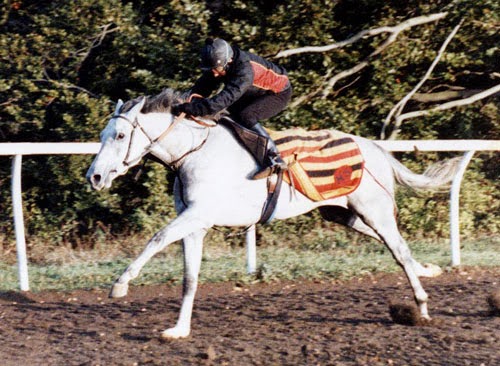