We do not want our little babies
having to experience the terror of war,  anytime in their lives.

BBC1 BREAKFAST
http://www.bbc.co.uk/bbcone
http://en.wikipedia.org/wiki/BBC_Breakfast
A warm welcome to all:
presented by Naga Munchetty and Bill Turnbull
Our Carols back with the weather.
Chilly, wet start, westerly winds in places . Temperatures 6 - 12 and later 12 - 21.
Our Bill and his bee keeping, gets to see what not to do with bees.

How the Chinese handle their bees.
An amazing Chinese project showing the behaviour of a team of Chinese bees .  The way hives of  bee's work together worldwide.  How bee's help each other every day at work, and the massive work load they achieve every day.

Our Queen Elizabeth 11 and Prince Philip have a busy day today.
Their Royal Ascot race meeting just around the corner.


The State Opening of Parliament 2015.
BBC1 Broadcast Live presented by HUW EDWARDS and his team.

“Senior Tories are telling David Cameron he must abandon a “deeply offensive” threat to withdraw from the European convention on human rights if he is to win support for his plans to repeal the Human Rights Act.


"Senior Tories are telling David Cameron he must abandon a “deeply offensive” threat to withdraw from the European convention on human rights if he is to win support for his plans to repeal the Human Rights Act.
"The decision to delay the repeal of the Human Rights Act risked overshadowing the speech, in which the monarch outlined the programme of the Conservative government. Flanked by the Duke of Edinburgh, the Queen listed the 26 bills of Cameron’s second term as prime minister. ".
http://www.theguardian.com/law/2015/may/27/threat-exit-human-rights-act-convention-dropped-tories-cameron

MALE HUMAN  RIGHTS ARE NOT NEARLY GOOD ENOUGH
JMC: In Britain every day on TV we see the horrific consequences of British male war actions.
There is urgent need for female human rights to attempt to balance these male wrongs.
As our Queen Elizabeth 11 and her American horseman friend Monty Roberts put it, the female  of the species brings nurture. The whole world and all life within it is crying out for true nurture healing.
http://www.hrw.org/news/2015/05/21/eu-don-t-endanger-lives-sea-or-deny-protection 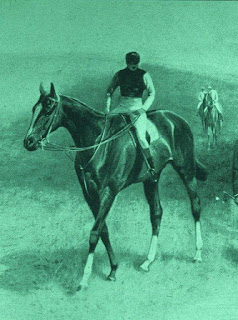