BBC1 BREAKFAST
http://www.bbc.co.uk/bbcone
http://en.wikipedia.org/wiki/BBC_Breakfast
BBC1 6.00am 9.15am
A warm welcome to all:
Louise Minchin and Bill Turnbull bring their red sofa
to Chester Racecourse on the opening day of three from Chester's May Festival 2015.
Our Carol brings us the latest on the weather.
Heavy rain and gales expected in places..
ELECTION  THURSDAY MAY 7. 1 DAY'S TO GO; INFO:,
﻿Daily Politics
Today
BBC2 12.00 - 1.00pm
Presented by Jo Coburn and Andrew Neil.
http://www.bbc.co.uk/programmes/p00ly0k7

Presented by Andrew Neil who is joined by leading politicians
to discuss trust in political, legal and horseracing governments

BRITISH PEOPLES' LACK OF TRUST, AND NO CONFIDENCE LEFT, FOUND IN  POLITICAL, LEGAL AND HORSERACING GOVERNMENT LEFT RAMPENT ONGOING OVER THE LAST 6 DECADES

British  bloodhorse  Illiterate  political, legal and horseracing government, create a total lack of trust, and confidence,  governments who use the word "welfare trust" a lot to cover up their horrific ignorance, negligence  and neglect. Dirty government tactics punish the people  both financially every day Whilst true horseman are being ripped-off by governments, have them locked into their dishonest government minimum-wage theft- trap, this has been going on over the last 6 decades, and must without doubt be one of the worst government frauds uncovered in recent times. The question now,  how many other industries have governments corrupted in the same way, for only their own financial gain? 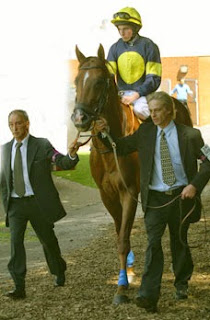