BBC One - Antiques Roadshow - WWI letter
www.bbc.co.uk › Factual › Antiques
Cached
Similar
Share
View shared post
BBC One · Antiques Roadshow ... The British and German troops played a game of football in World War I, where the result was a 3-2 victory for the Germans.

Posted by Turfcall at 00:02 No comments:

Dr Stephanie G Dakin guest on BBC1 Breakfast this morning.
Resolving an inflammatory concept burdened upon racehorses in training. The healing response of tendon injury is poorly understood by the bloodhorse illiterate British horseracing government. (there is nothing wrong in being bloodhorse illiterate as long as you realise this yourself, and in this self knowledge do not act as a steward in British horseracing. Anyone can attempt to learn how to become bloodhorse literate. but it is difficult and hard work to learn and takes years of sustained effort to accomplish) The difference between a Doctor and a Vet. A patient can tell a Doctor what is wrong. But a racehorse can only show a Vet what is wrong. It is far harder to be a Vet due to this fact.  Especially a racehorse Vet.

Posted by Turfcall at 01:47 No comments:


Farage: UKIP has 'momentum' and is targeting more victories
Nigel Farage: "It is an earthquake in British politics"


Under pressure Clegg: I won't quit


The UK Independence Party is a truly national force and has "momentum" behind it, Nigel Farage has said after its victory in the European elections.
http://www.bbc.co.uk/news/uk-politics-27567744

What the bible says:-
http://lifehopeandtruth.com/prophecy/kingdom-of-god/king-of-kings-and-lord-of-lords/


The bible say's that horses are God's Gift to man. Most bloodhorse illiterate men do not treat horses as a gift from God,


The gross income that the true Equus Zone of British horseracing earn every day. Who is taking  all this money?  (Equus Zone all those who have achieved true bloodhorse literacy in their own right. Is the British political, legal, racecourse and horseracing  government taking the money earned by all those who belong in the true Equus Zone for themselves instead?   Unjust British government scams. Is this the reason that government refuse to allow a truly run active daily Equus Zone? Is this why government took such pains to trap all the bloodhorse literate in their government minimum wage zone?  Termed to be 'Grooms' . To tutor a racehorse in training you need to be far more than 'a groom'.
Is this the true reason behind  government getting away with selling The Tote? The Tote belonged to the true Equus Zone. The Tote has always belonged to the true Equus Zone. The Tote was never at any time any government's to sell.
British political, legal, racecourse and horseracing government tactic's.
British  favourite government policy to libel and to slander each and every true horseman's name at every chance government get to ensure it is reported to make sure it gets worldwide publicity. We are always hearing in the daily newspapers the latest horseman governments have branded a crook. How are these governments getting away with doing this exactly? When other people would end up in prison.

Posted by Turfcall at 03:28 No comments:

By Gillian Flaccus and Tami Abdollah, The Associated Press | The Canadian Press – 2 hours 43 minutes ago 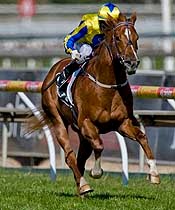 BBC 1 Breakfast confirm:
That the British Police Service is to undergo urgent radical reform. But who is going to carry out this reform? Tax payers money comes into play here whether this job will be done well or not. Looks like over the last 6 decades governments just chuck some tax payers money at something and couldn't care less if it is sorted properly or not.

At present this legal service is set up to only suit the rich and privileged. This can never be acceptable.  At present self regulated.  No facility to sort out bad practice. To weed out evil practice.  Lawyers being protected by system on going over the last 6 decades. At present hanging by a very expensive thread.  An ancient long outdated practice serving no one. Wasting billions of pounds of tax payers money every day of every week.
﻿
Posted by Turfcall at 02:04 No comments:

THE “DAY AND THE NIGHT OF THE BODY CLOCK. “


BBC1 Breakfast
Welcome to  Peter Long
“What does your very own ‘Body Clock’ tell you each day?
Broadcaster’s sleeping patterns analysed by sleep experts for new TV programme.

How to Reset Your Body Clock — Tech News and Analysis
gigaom.com/2008/07/03/how-to-reset-your-body-clock   Cached
I confess: my body clock is broken. ... Subscriber content comes from Gigaom Research, bridging the gap between breaking news and long-tail research.

This is a test
Posted by Turfcall at 04:56 No comments: